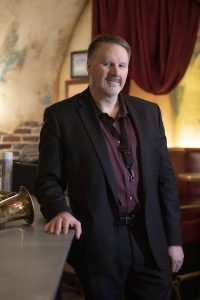 Russ Nolan- Sanctuary from the Ordinary – Live at Firehouse 12

“The magic of Nick Lloyd’s Firehouse 12 in New
Haven, Connecticut, is that it marries the precision
of a studio recording with the boost of
playing in front of a live audience. Saxophonist
Russ Nolan and his crack quartet had a single
night to knock out nine tunes for this release—
and they nailed it.” (4-stars)

“Russ Nolan does not do run of the mill. Whatever the repertoire, he always manages to provide a fresh perspective founded not on gimmicks, but on thoughtful integrity allied to insightful playing…Unlike many recent recordings of original materialSanctuary from the Ordinary comes across not as a pale imitation of orchestral textures but an incisive, full-blooded, thoroughly idiomatic masterpiece for jazz quartet, using many of the similar devices and structures that lesser mortals do not know what to do with.”

Russ Nolan- Call It What You Want

“This record is full of good playing, great grooves and great interplay. Both hardcore jazz fans and more casual listeners will be able to hear the virtues of Call It What You Want and will be tapping their feet and bopping their heads.”

“Nolan uses his music as a kind of choreography unfolding in a magic ballroom…Without ever sounding the least bit formulaic, (he) makes his musical calculations by using his favorite working equation, which is: Latin rhythms + post-bop harmonies = infinitely expanding quantities of energetic expression.” 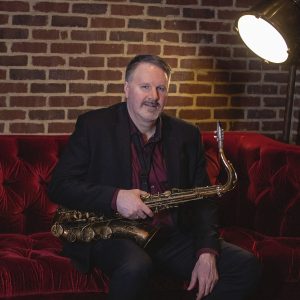 “An Outstanding Set Played With Fire, Artistry, And Dedication–
Nolan delivers an exciting collection of music on Call It What You Want, connecting with a number of different traditions to create a distinct blend that reflects his diverse interests and skills. There’s no doubt that Nolan has spent years developing his voice as a soloist on both tenor and soprano saxophones, channeling jazz greats alongside his vast experience with clave. He consistently makes smart choices as an improvisor, finding memorable melodies as he strikes powerful moods that reflect the spirit of the piece. There’s a good deal of strength in Nolan’s compositions, which show a deep understanding of modern jazz harmony and stylistic integrity. This insight as a composer allows him to create songs that not only have memorable themes but also serve as good vehicles for improvisation.”

“Plenty of musicians dabble in Latin jazz, but few go the extra mile with the music, taking
the time to truly study, explore, and experience the various dialects, rhythmic patterns, and
dance forms endemic to various Latin American locales. Russ Nolan is one of the few.” 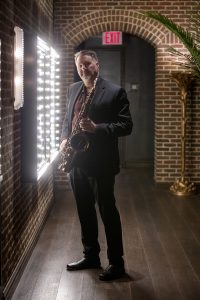 “Besides being graced with clarity in tone, originality and fluent, assertive phrasing, saxophonist Russ Nolan is a rhythm master.”

“Since immersing himself in the study of salsa dancing seven years ago to heighten his rhythmic sensibility, the agile-fingered tenor and soprano saxophonist has developed a percussionist’s deep feel for time, and is much at home grooving in Latin jazz and odd time signatures, constantly shuffling his approaches to space and time.”

“Relentless delivers an enjoyable offering of new and vibrant material by Russ Nolan and
his side-musicians that will satisfy not only the jazz fan, but will also be appreciated
by the listener that prefers their music coming from a strong Latin and salsa rhythmic foundation.”

“Relentless from saxophonist Russ Nolan latest is another great showcase of his fantastic tone
and songwriting and arranging excellence. The music is fresh and contemporary,
with a great voice that is the hallmark of great horn players.
The compositions on this effort are rich with color and ripe for great expositions of virtuosity.
The playing is outstanding and to makes this yet another stellar work for Nolan.”

— The Jazz Page.com – ‘If it’s here, it should be in your collection’   Read Complete Review Here

“The relentless Russ Nolan is back with an aptly titled Latin tour de force!
Russ Nolan goes all in on his own talent with the end result an organic Latin jazz feast
that smolders with authenticity and lyrical development. Good tenor players
dot the improvisational landscape, great tenor players make records like Russ Nolan.”

“A stealth player that has flown under the radar for too long, Tell Me should start turning some heads quickly…A prolific soloist and arranger, Russ Nolan is an artist that remains true to his craft…Great tunes, solid arrangements, a formidable 4tet makes Tell Me one of the sleepers of the year.  Russ Nolan is a player you will remember long after the last note.”

“While making a name for yourself as a saxophonist on the New York jazz scene is no easy feat,
Nolan has what it takes to compete with the best of them and he lays it all out on Tell Me.”

“Mr. Nolan, a Tenor Saxophonist of Rhythmic and Harmonic Fluency” “Nolan is a swing savvy jazz sax player. You can use any of his solos on Tell Me as proof of that. Nolan’s playing taste is like the great Joe Lovano’s”

“Many post-boppers ignore rock and R&B songs, thinking they wouldn’t be good vehicles for post-bop expression. But Nolan, thankfully, does not feel that way”

“Not everyone has such an ecstatic rhythmic flair as New York tenor saxophonist Russ Nolan does. His new CD Tell Me displays a rare ability: Nolan tosses swing and funk grooves together with such aplomb that they can become all but impossible to tell apart, and certainly impossible to extricate.”

Russ Nolan & the Kenny Werner Trio-With You in Mind

“The Werner trio, as an accompanying ensemble, is nothing short of remarkable, propelling Nolan to the heights of artistic achievement…the Trio allows the leader to make a definitive case for his status as one of the jazz world’s premiere saxophonists.” “Russ Nolan proves he can take a top band and make it his own.”
– Forest Dylan Bryant, Jazz Times

“Two Colors, Russ Nolan’s first album as a leader, was an impressive debut; With You in Mind is a flying leap. Inasmuch as it finds the saxophonist seamlessly integrating himself into a longstanding trio, the new album reminds me of some of those classic Prestiges and Blue Notes of the 1950s and ’60s, on which freelance hornmen availed themselves of Miles Davis’s rhythm sections.”
– Francis Davis, Village Voice

“Not your run of the mill tenor player, who leans on speed or a big round tone to impress, Nolan’s uniqueness lies in his facility for delicately presenting the upper registers of his instrument,… more akin to that of a vocalist who uses phrasing and diction to achieve desired moods.”
– Elliot Simon, All About Jazz

“Throughout ‘With You in Mind’ (Rhinoceruss), the tenor and soprano saxophonist Russ Nolan smartly capitalizes on the whimsy and fire of the pianist Kenny Werner, an experienced hand who resurfaces on this album-release gig.”
– Nate Chinen, New York Times